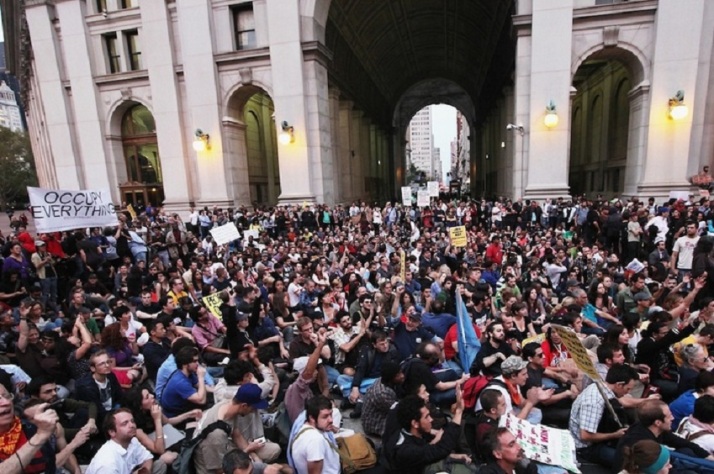 “People all over the country are up in arms about this. Our members are livid, and they’re hitting the streets. A rally organized by the New York Central Labor Council took place this afternoon on Wall Street near the New York Stock Exchange. That was followed by a more informal protest that began to take shape on Wall Street shortly after the financial markets closed. ‘There is no agenda, no leaders, no organizing group, nothing to endorse other than we’re not going to pay! We have everything we need to create a large, peaceful, loud demonstration,’ the e-mail read. The posting urged protestors to ‘take it to the heart of the financial district,’ by gathering near the famous Wall Street bull statue at 4 p.m. ET.”
That was from the newspaper article: ‘Bailout foes hold day of protests‘, dated 25 Sept. 2008.

The above article is just one example of the many yearly protests. Selling fear and anger is emotionally appealing. All one have to do is polarize people into points of right and wrong where we then allow emotional reactions to set systems of policy – which we then use, abuse and blame in shame and get pissed off with until we ‘occupy wallstreet’ once again, and/or we get arrested, and on and on and on we continue, looping the same point over and over with no real solution and, it’s all about money.

Protesting is like ‘Double Jeopardy’, where once one is found innocent one cannot be charged again for the same crime. With the history of human error it’s rather an insidious plan because there is no one amongst us who is innocent. We are All guilty for how our current abusive money system exists. 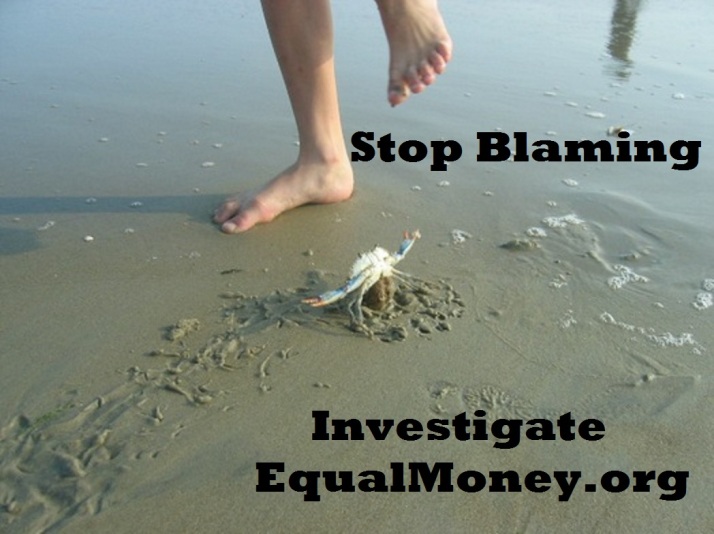 We will not change our current money system according to our reactions through fear, blame and shame which result in suppressed anger as well as acts of anger. If one is serious about change, then we must first stop ourselves which will bring us to the most simple solution for all of humanity. One that does not require protests as a manifested result of emotional feeling energy which is proven ineffective in bringing about a solution that is best for all.

Let’s stop pretending like we don’t see our point of self-responsibility here to all Life. We’re simply living a lie and one in which we’ve accepted ourselves to be and become.

The evidence is before us in how our world exists and in how we continue to feed off of and charge a money system through protests and thought patterns resulting in behaviors that change absolutely nothing and the energy simply fades until the next time. We fail to acknowledge that all life is worthy of food in order to provide for ourselves within our physical reality. We fail to take self-responsibility and self-accountability for accepting ourselves to exist through self-interest and greed and as such we allow starvation, war, poverty, rape , murder and homelessness to exist. That’s a fact that cannot be denied.

We see our world and we know we have to stop. The solution is Equal Money. Equal Money is simple, one man, one vote – the Solution that is Best for All