For Context Please Read: Gitmo Is Killing Me

When I read the above article I couldn’t help but relate, only because a cancer patient relates well with anyone who is dying. To make the decision to not eat like in this particular story, is not something that most people can grasp. The consistency required to do such a thing to oneself would entail many dimensions of mind participation/control/acceptance.


“Everybody Has Cancer. Each day each one of us has a “Cancer” start and develop in our body. This is a normal ongoing process each one of us experiences. Usually, our normal metabolic defense system takes care of these wayward cancer cells and we go about our daily lives unaware that any of this is taking place. It is when our normal metabolic defense system or clean-up crew cannot handle this normal body process that we begin to develop a tumor or mass which can eventually be found by ourselves or our physician.” ~ Dr. William Donald Kelley, D.D.S., M.S.

It’s interesting because the process of starving one’s Physical body is a faster process than that of the cancer patient who has accumulated himself to where he is based upon decisions and lifestyle behaviors – those things that caused his body to work overtime to repair itself – such abuse basically causes the body to begin to eat itself as a cancer. When the physical body is being starved, it’s the same process, the body begins to eat itself.

Let’s remember it’s also important to remove daily stresses from our life, because the psychological effect of cancer also causes damage to our physical body. So the prisoners at Gitmo who are starving their physical bodies have added extreme psychological stresses which trigger an even faster physical deterioration.

“I would suggest that anxiety and/or fear has an effect of freezing the physical body, which impairs the immune system and makes it less effective. So, the psychological effect of cancer is actually more dangerous than anything else.” ~Bernard Poolman

The question of course is, Why on Earth do we accept and allow such a situation as the one in Gitmo.  What kind of a People allows such a thing?  We do…

The prisoners at Gitmo represent another dimension of how our current money system supports the processing of cancer, whether it be accumulated slowly or faster, the results are the same. We’re Consuming ourselves to Death.

I’ve become all to familiar with the fact that people don’t want to talk about death – even though they say they’d like to know how their going to die – or they say they’re not scared of dying.  I’ve said it all to.   But the fact is, I wasn’t willing to answer the question ‘what’s killing me’?  What behaviors do I participate in that will accumulate and manifest a consequence that results in my death?  Everything must be considered including the things we allow to happen to others. 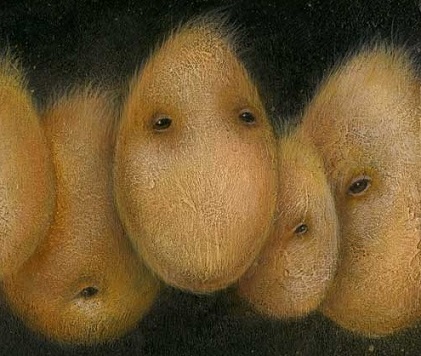 Certainly there are multiple levels of abuse, torture and death that exists within our world. And whether we care to admit it or not, most of us will ignore the subject of death even if it means we have to look away and ignore those who are facing their own death right in front of us.  We say we feel bad for those who are dying or dead but really, we’re just scared of dying to.

It’s important to realize that another man’s cancer is also mine. Because Cancer exists throughout our entire society/world money system – from Gitmo to all around the world and back to my doorstep. How? Through every decision we make.  Whether that Decision supports our current world/money system – which we know is a system of abuse that cuts corners and prefers profit over peoples health and life. Or whether our Decision is to support a system that will support the health of life according to what’s best for all.

. “Health is a wonderful possession. It does not last forever — although most of us assume it will. It is not until we lose our health that we seek diligently to regain it. Often it is too late, and always too expensive.” ~ Dr. William Donald Kelley, D.D.S., M.S.

Ask yourself how you would hold up if you were walking in the shoes of another – like the prisoners of Gitmo or the Cancer patient or the starving child. Under the same circumstances, the same conditions, is it possible for anyone to know what one would be willing to resort to to survive?  I mean, plenty of those who are at Gitmo who are Not prisoners more than likely never thought they’d become the kind of person who abuses another because they get paid to.

It’s Time to Give as we would like to Receive.  Educate and Investigate Equal Money, and support a world where ‘what’s killing you’, will Not be because of Money or the lack thereof.

Alright, until next time.

The Integrity of Substance is what must be Corrected and that is Done at the level of Correcting Yourself, because if You are Life Integrity – you do Not Require any Force or any Pushing to Be Life: you Simply are Life and from that perspective, you will Not Accept Anything Less than Life, because That is your Integrity, that is the Substance you’re Made of, that is the Substance you have to Make into/as Yourself so as to Prove, as Evidence, that You are In Fact a Benevolent Divine Creator. If you cannot even Create Yourself – you cannot Claim Divinity. That Divinity is Measured in How you Integrated into the World as the Systems – that Measure the Relationships between All Parts to have a Result that’s a Win-Win and that’s a Best for All at All Times.

This means that: as an Integral Being of Life, your Choices will Change – you’ll still have Choice, but it’ll No Longer be as Choices being defined where you are Free to Abuse, because you will as an Integral Being of Life Not Abuse. The Abuse within/through Choice as it now exist – is linked to a point where you are Not In Fact a Being of Substance as Life that Support Life and Ensure that there’s Always a Win-Win Solution. Currently Free Choice is based on Win-Lose. In a ‘Win-Lose’ situation you have a world that is in Crisis, because there is Constant Conflict and instead of being a being of Life: you become a being that Lives it in Reverse and you become a being of Conflict – you’re at War All the Time. Therefore, you don’t Trust Others – but, In Fact: you don’t Trust Yourself to be able to Exist and Coexist with Others in a way that will be Best for All and that will be a Win-Win. You Fear to Lose, so therefore – your total existence is one of Complete Negativity where you’re only looking at the few points where you can Win and you’ll do Everything to Actually Achieve this Win, instead of having a Win-Win Solution where Everyone Win all the Time – then Nobody ever have to Lose.

“The solution is simplistic: Equality – the Equality as Life, the Equality as Breath, Equality Before the Law. But, if this Law is FLAWed and cause Conflict and ‘Win-Lose’ – then, there is no Equality before the Law Possible, because the Law is Flawed. That is why, for instance, the Equality Clauses in Constitutions are Invalid – they are Not Equality Clauses, because they are based on Laws that are in fact ‘Win-Lose’ situations and Those choices are Not Free Choice, because they Enslave Another – by You Winning = Somebody else Must Lose. That is Not Free Choice, because Your Freedom is Costing the Freedom of Another and therefore: you don’t have Equal Freedoms. The fact that you Apparently have Equal Right to Try and Win is simply the Cause of All War that has Ever Existed, it is always Measured – if you go back in History – it is always Measured based on Who Wins and Who Lose, and there’s Always More Losers than Winners, because there can Only be One Winner in any situation. In an Equal System Everyone Wins, then Everyone is a Winner and therefore: there is No Need to Fear and No Need to have No Trust.” ~ Bernard Poolman